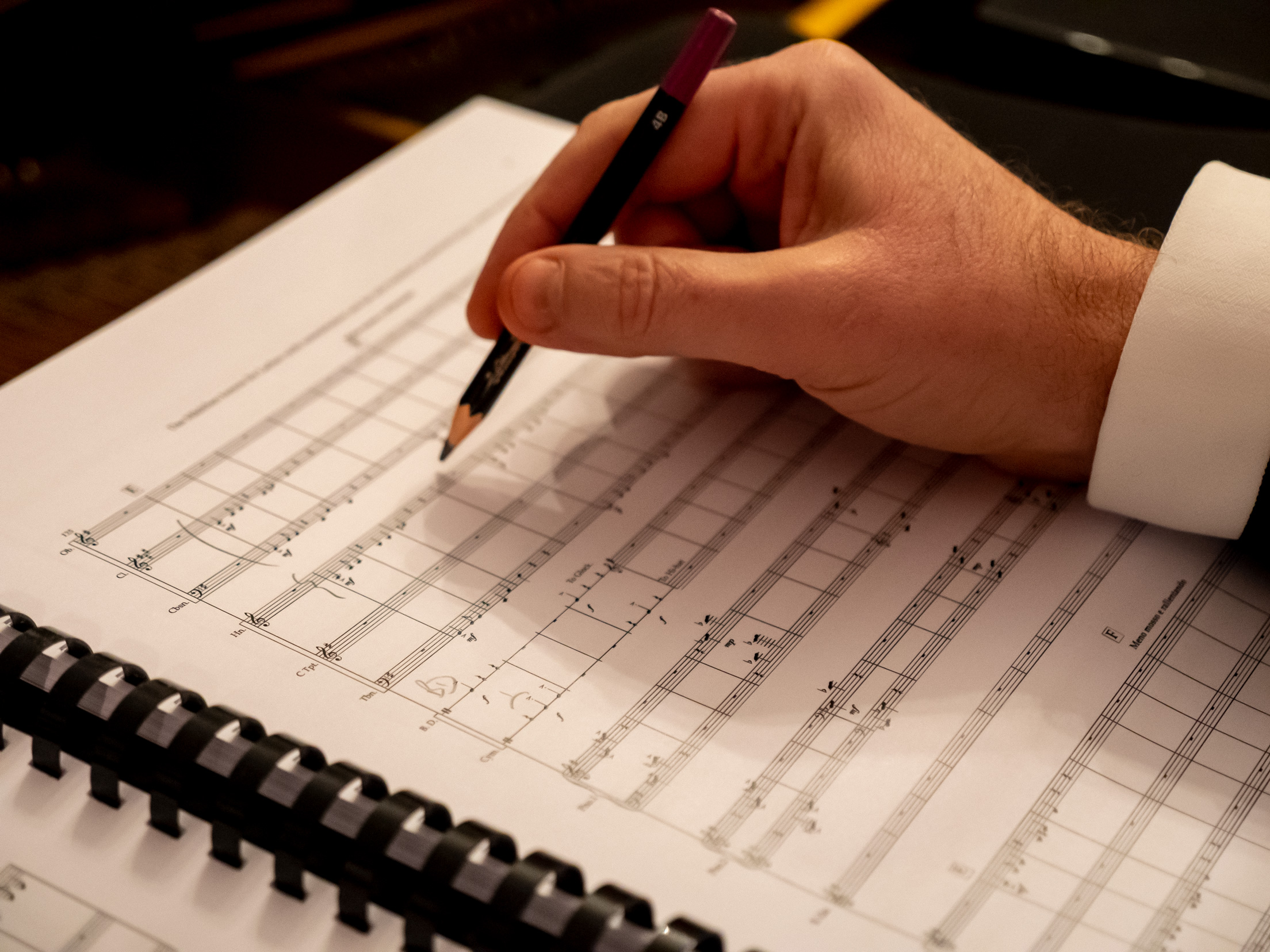 In 2019 my first major work “Trump’s Tweets” was performed in Regensburg. Using a tenor soloist, choir, large orchestra, six percussionists, electric guitar, sitar, electric bass, a wide variety of brass mutes, diet coke cans, whistles and other gadgets the work had a wild and enthusiastic reception from the public and a memorable explosion of rage from the Intendant. Written for tenor Brent Damkier it exploits his ability to sing in a variety of styles and across a huge range.

“Crybaby” was written at the same time as Trump’s Tweets and was the encore played at the premiere. A 3 minute song, again written for Brent Damkier, it takes its name from the “crybaby” mute, used by the brass in Trump’s Tweets.

Following Trump’s Tweets I decided to write a children’s piece, and the idea of a “Carnival of the Dinosaurs” came to me one morning over coffee. Conceived of as orchestral piece with narrator like “Peter and the Wolf” it is approx. 35-40 minutes long.

“Creed” is a short work for choir that was commissioned by Brend Damkier.

“Sarah” is an operetta currently being composed.